“The history of contemporary free market was written in shocks” (Naomi Kleyn, 2007: iii).

These days, our predominant discourse and attention is centered on Covid-19 or Coronavirus, biological pandemic whose first registered in Wuhan, China and spread across the board. Covid-19 and its terrific effect is undoubtly a serious biological pandemic. Its terrific and worldwide effect urge us to fully aware and personally responsible by obeying public policy and some safety private procedures. Many countries and districts are considered and even took policies about isolation.

Along with the well-grounded medical responses, the ongoing spread of coronavirus has also produced any epidemics ideological viruses around the societie namely: increased number of fake news, reproduction of terror and panic, conspiracy theory and explosions of racism (Watimenna, 2020). Some of those ideological viruses is one from US President, Donald Trump, whom during a White House press conference eager to marked the virus as “Chinese Virus’. Trump inapproprite and rascist accusing against China was apparently a reference to Zhao Lijian, a newly minted spokesman for the Chinese Foreign Minister, who made the controversial claim that Covid-19 could have been brought there by the US military team during the Military World Games the month prior.

Instead of those sissues, the very material I’m high willing to elaborate through this article is one about the prospect of new awareness on communism project. It was none other than Slavoj Zizek, a marxist-psychoanalisis philosopher and one of my favorite philosophical reference (I have to admitt that Zizek’s theoretical works has influencing me so much), through some of his last writings assumed that covid-19 could be a catastrophy momentum of (he mentioned it in a symbolic way) “Bill Kill” to capitalism and then he generated a merciful opinion about the prospect of global coordination (see; https://www.google.com/amp/s/www.rt.com/op-ed/481831-coronavirus-kill-bill-capitalism-communism/amp/, htttps://www.google.com/amp/s/www/rt.com/op-ed/4827480-coronavirus-communism-jungle-law-choice/amp/). To put it blatantly, the massive spread of covid-19 is a sign of global capital’s limit and summon up the prospect of reinventing global communism (of course not in  old fashioned logic of communism). Along with Zizek, there are another speculative opinions, even written in more spiritualized and moralized form that covid 19 could be a momentum of judgement and punishment for global capitalism heavy catasthrophies. So, it was the proper time to be united in global solidarity and purify ourselves from our modern bad and jeopardize attitude: individualistic mental, hedonistic way of life attitude hyper-pursuit of happiness.

In my point view, not to say those speculative opinions as such an utopian dreams or even tasteless vision, I think we should bear in our mind that we need to step back, think and graspfully the spread of this so-called biological destructive weapon. Is it really a good momentum for thinking about project to reinvent global communism awareness or this pandemic outbreak could be a kind of shocktheraphy which then lead us to be fully integrated in the terrain of jungle law mechanism, survival of the fittest; our fetish predominant ideology named capitalism.

In my point of view, there is a misleading general opinion that a global threat automatically gives birth to global solidarity (which is constantly repeated by the leftist as the new path toward communism). Let’s take a look at this two different fact but none the less share the same logic.

First, the story about Covin Brothers. Some days after the corona virus death in the United States, Matt Covin (an amazon merchant) and his brother Noah Covin started driving around to pick up thousands bottles of hand sanitizer and packs of antibacterial wipes. At each store, they cleaned out the shelves and major metro areas were cleaned out. After filled their garage with an overflow stock of cleaning and sanitazing supplies, they started to list them on amazon. Mr. Colvin said that he had posted 300 bottles and immediately sold them between 8$ and 70$,  multiple higher than what they bought them for (https://nytimes.com/2020/03/14/technology/coronavirus-purell-wipes-amazon-sellers.html). For Covin brothers, that moment was, to use Freudian term, “short sircuit” of gathering profit, but to the other people it was unconditional price to be paid for being protected from pandemic. Although being suspended by Amazon for price gouging related to coronavirus, the story of Covin brothers has lead us to fully aware that in this so called emergency pandemic, some people can abuse it as “emergency surplus bonus” to enact economy predatory logic. To mention it in another severe formula, “some people can even doing some facsinate dancing upon the suffer of other”.

Second, story derives from UK, the so-called NHS’s secret protocol entitled “three wise men“. This protocol is a kind of legitimized formal selection on the treatment of  the coronavirus patient in UK. The following note from The Independent shows the legitimized role of this three wise men:  “NHS patients could be denied life saving care during a severe coronavirus outbreak in Britain if intensive care units are struggling to cope, senior doctors have warned. Under a so called ‘three wise men’ protocol, three senior consultants in each hospital would be forced to make decisions on rationing care such as ventilatirs and bed, in the events hospital were overhelmed with patients”. (https://www.google.com/amp/s/www.independent.co.uk-deaths-nhs-insentive-care-flu-wise-men-protocol-a9361916.html%amp). Then we have to ask, what indicator will this “three wise men” rely on?  The answer is clear that the “patients could be denied life saving care” is the weakest and eldest patients whose subject socio-ontological position have watered down and reduced on biopolitic service. The same “merciful medical approaching” goes in Italy supposing that there’s already been proposed that if the virus gets worse, patients over 80 or those with bad diseases will be mercifully left to die. It’s this three wise men protocol precedes ruthless survivalist measures enforced with regret but legitimized by expert opinions, apropos of Giorgio Agamben’s (1998) notion of Homo Sacer: human who is deprived of his or her full humanity being, deprived of full and definite socio-ontological status and treated as unlawful people.

Is it not the same predicament which we face today due to coronavirus outbreak when people is serviced in such humanitarian biopolitic way, as homo sacer. All around the world, people are forced to lock themselves at home, keep social distance, and doing their works directly from home. Instead of being standar safety procedure, this very injunction indeed encloses some personalized authoritharian feature that “we must not be affected by the virus, because if we got infected we will be punished for our own fault”. Or to put in another frantic reading, the injunction tells you this formula: “you have to stay safe in your house, you have to keep distance in 1 meters. Don’t let yourself attacked by corona virus so you won’t be the threat for the safety of community. Because if this virus attack you, it will endanger your life, even bring you to death and then you’ll be blamed for your own mistake, for your own careless attitude, your private sinful”.

Survival of The Fittest

The story about Covin Brothers and “three wise man” protocol are just two of much more facts that render us to deal with this desperate but objective ones: global threat is not authomatically or forcefully precedes the birth of global  solidarity. Recently, some media reported that US Pesident, Donald Trump, was trying to make an acquisition over “CureVac”(a Germany biopharmaceutical company) to get exclusive acces “only for Americans” the potential coronavirus vaccine being developed by this firm. Besides, in a new video from the Intercept, NaomiKleyn, Canadian activist, explained how the Trump administration and other governments across the globe pushed for no string attached corporate bailouts and regulatory rollbacks and urged working people worldwide to resist such efforts and demand real support from political readers during the ongoingcrisis (https:www.google.com/amp/s/www.commondreams.org/news/2020/03/17/we-know-script-naomi-klein-warns-coronavirus-new-video-detailing-battle%3famp).

Here, the line is so distinct that some of us who holding big resource of power and capital could “exploiting” the coronavirus outbreak. Consequently, almost contrary to that idea about global communism awareness, such predicaments indicate that we are urged to enact the most brutal logic of the survival of the fittest. In this ferociously Darwinism logic where jungle-law take over drive upon us, we are inscribed in to milieu of unprecedented  “warfare”; warfare with casualties on the side of the weakness, the poorer, unselected subject (those who have no power and acces poor medical treatment) and no casualties on the side of people with power, modal, and premium acces to the medical treatment.

Honestly, we  have to put in to term that covid-19 is not the only one crisis with great casualties. If we note the ongoing ecology and climate crisis then we all see that these catasthrophies had caused big amount of death than coronavirus. An article in Germany media written by Mariya Kargar reported that in 2018, 405.000 people were dying on Malaria disease and in 2017 about 1,5 millions of inhabitant all around the world were died suffering TBC (http: //perspektive-online.net/2020/02/welcher-virus-ist-toedlicher-corona-oder-kapitalismus).

S0, we have to ask ourselves; why this coronavirus pandemic attracted most of us so much while us knowing that there are another “exist” and ongoing catastrophies with tragic ammount of victim? If we read some big media reports, the impression we get is that the point “markets are getting worries” even much more important than the fact of thousands who already died.

Hence, we can draw a cruel but maybe more pertinent answer: capitalism is much more beneficial and valuable than human life. Capitalism is a priceless cathegory while human being is countable and payable categhory. (Continued to Part 2) 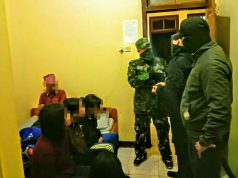 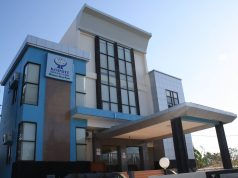 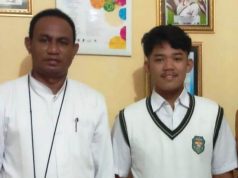 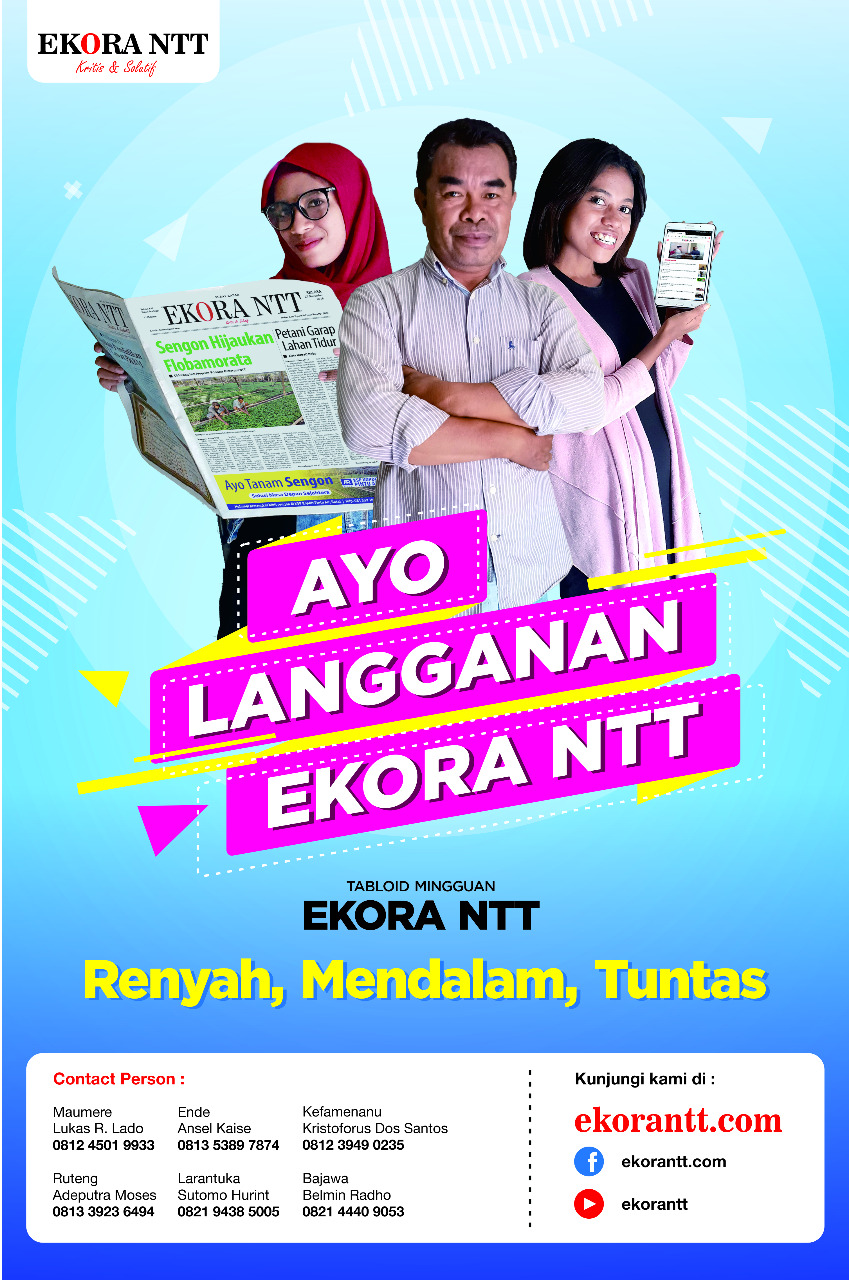